The reviews I read of this book were not promising; however, I found it to be readable, interesting, and as comprehensive a survey of this vast stretch of time as could be hoped for. The author's ... Read full review

Just to be clear: Chris Wickham does not believe that he can explain anything. He repeats this over and over, so you'll not get the wrong idea. Let's be very, very clear: nothing in history is ... Read full review

Chris Wickham is Chichele Professor of Medieval History at the University of Oxford and a Fellow of All Souls College. His book Framing the Middle Ages, which was published in 2005, has won the Wolfson Prize, the Deutscher Memorial Prize and the James Henry Breasted Prize of the American Historical Association. He taught for many years at the University of Birmingham and is a Fellow of the British Academy. 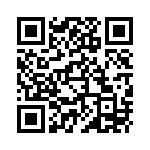