Sarah W. Tracy is assistant professor of honors and the history of medicine at the University of Oklahoma and author of the forthcoming From Vice to Disease: Alcoholism in America, 1870?1920. Caroline Jean Acker is associate professor of history at Carnegie Mellon University and author of Creating the American Junkie: Addiction Research in the Classic Era of Narcotic Control. 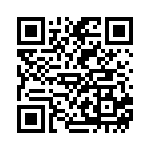