J. Cecil Alter, who retired from the U.S. Weather Bureau in 1949 after forty-seven years of service, has long been interested in Western history. In addition to Utah: The Storied Domain, a four-volume history of that state, he has written two other books and many articles about the West and was for twenty years the editor of the Utah Historical Quarterly. A member of the American Geophysical Union, the American Meteorological Society, and the Utah State Historical Society, Mr. Alter now makes his home in Lomita, California. 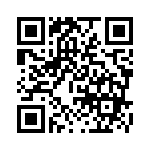