Matthew C. MacWilliams is a scholar of American politics and political culture. His articles on Donald Trump have appeared in Politico, Vox, the London School of Economics blog, and PS: Political Science and Politics and have been cited in media around the world including the New York Times, Der Spiegel, and NPR. His research interests include authoritarianism, campaigns, public opinion, political psychology, legacy and social media, election forecasting, the politics of climate change and health care reform, and interest group lobbying of the judiciary. Presently, he is studying the implications of the constant threat of domestic and international terrorism on American authoritarians and Madisonian democracy. He is also analyzing the rise of authoritarianism in Europe and has been invited to serve as a Senior Research Advisor to the upcoming Gallup worldwide survey on authoritarianism. 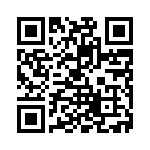