Try the new Google Books
Check out the new look and enjoy easier access to your favorite features
Try it now
Buy eBook - $40.76

Roman Catholic priest Andrew M. Greeley was the author of more than 100 non-fiction works of theology, sociology, prayer, and poetry; a professor of sociology; a newspaper columnist; and a successful novelist, writing in several genres, including mystery and science fiction. He was born on February 5, 1928 and was a native of Chicago. Greeley studied at Archbishop Quigley Preparatory Seminary and earned an AB from St. Mary of the Lake Seminary in 1950, a Bachelor of Sacred Theology in 1952, and a Licentiate of Sacred Theology in 1954. He went on to receive a Master of Arts in 1961 and a Ph D in 1962. Greeley's fiction, which often told stories of crime and scandal in the Roman Catholic church, can be violent and lurid and are considered controversial by many Church leaders. Greeley wrote on such issues as homosexuality in the clergy, pedophilia, and papal politics, and he created the popular mystery series starring Father Blackie Ryan, as well as another featuring the character Nuala McGrail. Greeley was awarded honorary degrees from the University of Arizona, Bard College (New York State) and the National University of Ireland, Galway. In 1981, he received the F. Sadlier Dinger Award, which is presented each year by educational publisher William H. Sadlier, Inc. in recognition of his outstanding contribution to the ministry of religious education in America. Greeley died on May 29, 2013 at his Chicago home. He was 85. 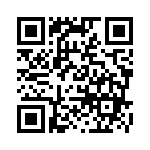