Page xi - If a man were called to fix the period in the history of the world during which the condition of the human race was most happy and prosperous, he would, without hesitation, name that which elapsed from the death of Domitian to the accession of Commodus.
Appears in 556 books from 1782-2008
Page xiv - Christian writer at the end of the third century and the beginning of the fourth, says that the number was quadrupled.
Appears in 107 books from 1827-2007

Michael Frassetto is the religion editor of the Encyclopaedia Britannica. 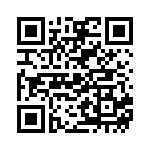