Hugh Purcell is a writer and film-maker. His books include The Spanish Civil War, a National Book Club Book of the Year, Fascism, Revolutionary War and The Last English Revolutionary. He has worked at Pune at the Film and Television Institute of India. He has made three films in India, including one on the Indian Mutiny, and regularly leads tours to Indian Mutiny sites. 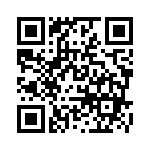