Ever since I saw the film of Wilson's play Fences, I have wanted to explore his other work. Part of Wilson's 10-play "Pittsburgh (or Century) Cycle", this play is every bit as powerful, and I would ... Read full review

One of the Pittsburgh Cycle plays, this takes place during the Great Depression as a family struggles to survive against difficult odds. The dreams of the family center around an old family heirloom ... Read full review 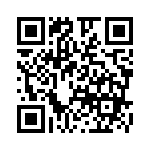