Paul Lopes is Associate Professor of Sociology at Colgate University. He is the author of The Rise of a Jazz Art World. 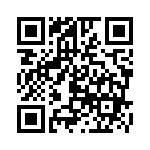