Each decennial anniversary of the Normandy landings has produced its own recounting of this momentous event in World War II. Although written soon after the war, Gordon Harrison's Cross-Channel Attack ... Read full review

Joseph Balkoski is Command Historian of the Maryland National Guard. He has appeared as a D-Day expert on MSNBC, and his work has been praised by Joe Scarborough, the New York Post, the Washington Times, World War II magazine, and others. He lives in Baltimore, Maryland. 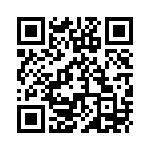