None of this "hello world" tripe, you start by reading an ODBC client. If you've already picked up three or four programming languages, this is where you should head next. Particularly useful in new ... Read full review

By day, Mark Pilgrim is a developer advocate for open source and open standards. By night, he is a husband and father who lives in North Carolina with his wife, his two sons, and his big slobbery dog. He spends his copious free time sunbathing, skydiving, and making up autobiographical information. 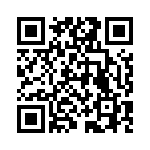