Thank you Donatella it was an amazing experience.

Donatella M. Viola, PhD London School of Economics, is Assistant Professor in Politics and International Relations at the University of Calabria, Italy. 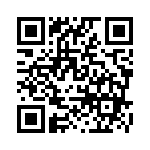