BARRY RIVADUE is a cartoonist, writer, and video editor, along with being a longtime researcher and collector of Hollywood musicals. 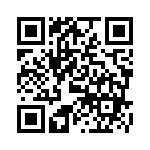