JOELLE MILLION is an independent scholar and historian. She has taught history at Minnesota State University, Mankato. 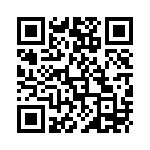