This is a good book for learning X3D. You can see example 3D scenes from the book in your web browser at this site:
http://dl.dropbox.com/u/5095342/Xj3DApplet/rc1/X3DForWebAuthorsExamples.html

Page xxviii - When we mean to build, We first survey the plot, then draw the model ; And when we see the figure of the house, Then must we rate the cost of the erection ; Which if we find outweighs ability, What do we then but draw anew the model In fewer offices, or at least desist To build at all...
Appears in 405 books from 1803-2008
Page xxvi - He is a member of the Institute of Electrical and Electronic Engineers (IEEE), the Association for Computing Machinery (ACM) Special Interest Group on Graphics (SIGGRAPH), and the American Association for Artificial Intelligence (AAAI).
Appears in 13 books from 1965-2007
More
Page 21 - Since XML is a text format and it uses tags to delimit the data, XML files are nearly always larger than comparable binary formats. That was a conscious decision by the designers of XML. The advantages of a text format are evident (see point 3), and the disadvantages can usually be compensated at a different level. Disk space...
Appears in 8 books from 2001-2007
Page 22 - Before XML there was SGML, developed in the early '80s, an ISO standard since 1986, and widely used for large documentation projects. The development of HTML started in 1990. The designers of XML simply took the best parts of SGML, guided by the experience...
Appears in 6 books from 2001-2007
Page 22 - XML is modular XML allows you to define a new document format by combining and reusing other formats. Since two formats developed independently may have elements or attributes with the same name, care must be taken when combining those formats (does "<p>" mean "paragraph" from this format or "person
Appears in 7 books from 2003-2007
Page xviii - A journey of a thousand miles begins with a single step.
Appears in 42 books from 1973-2007
Page xxvi - Dayton in 1970. He has done graduate work in Physics and Systems Engineering. Mr. Dietz is a member of the Association for Computing Machinery (ACM), Special Interest Group on Artificial Intelligence and the American Association for Artificial Intelligence.
Appears in 14 books from 1965-2007
Page 21 - XSL is the advanced language for expressing style sheets. It is based on XSLT, a transformation language used for rearranging, adding and deleting tags and attributes. The DOM is a standard set of function calls for manipulating XML (and HTML) files from a programming language. XML Schemas 1 and 2 help developers to precisely define the structures of their own XML-based formats.
Appears in 11 books from 2001-2008
Less

Don Brutzman is a computer scientist and associate professor working in the Modeling Virtual Environments & Simulation (MOVES) Institute and Undersea Warfare Center at the Naval Postgraduate School. A former submarine officer, his research interests include underwater robotics, real-time 3D computer graphics, artificial intelligence, and high-performance networking. He is a board member of non-profit Sea Lab Monterey Bay, which is designing and building a youth-oriented year-round residential science camp. He is a founding member of the non-profit Web3D Consortium Board of Directors. Currently he leads the Extensible 3D (X3D) Working Group for the ISO X3D/VRML Specification, and directs development of the Extensible Modeling and Simulation Framework (XMSF).

Leonard Daly is president of Daly Realism, Inc., technical editor for e3D News, and treasurer of the Web3D Consortium. He has over 20 years of experience focusing on information visualization in a variety of industries including astronautics, oceanography, health care, and supply chain management. He has developed and supported numerous 3D projects in a variety of disciplines including astronautics, education, and multi-dimensional signal processing. He was a founding member and treasurer of the Los Angeles VRML User’s Group. His current work in X3D includes specification development, teaching, book authoring, and problem solving. He has organized and led the presentation of multiple courses on various topics in X3D at SIGGRAPH in 2002 and 2003 and the Web3D Symposium in 2000, 2002, and 2004. 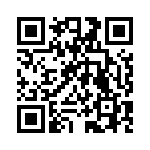