Sharon Beder is a visiting professor in the School of Social Sciences, Media and Communication at the University of Wollongong. She is considered a leading authority on corporate and environmental issues, for which she has won a number of awards. She is the author of nine other books, including Free Market Missionaries: The Corporate Manipulation of Community Values (2006), Power Play: The Fight for Control of the World's Electricity (2003), Selling the Work Ethic: From Puritan Pulpit to Corporate PR (2000) and Global Spin: The Corporate Assault on Environmentalism (1997; 2nd ed. 2002).

Dr Wendy Varney is an honorary fellow at the University of New South Wales.

Dr Richard Gosden is a full time writer and researcher based in Australia. He is the author of Punishing the Patient: How Psychiatrists Misunderstand and Mistreat Schizophrenia (2001) 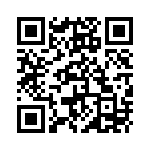