THE MULTIPLE IDENTITIES OF THE MIDDLE EAST

An enlightening, if occasionally repetitive, study of the uniquely complex notion of identity in the Middle East. Lewis, professor emeritus of Near Eastern studies at Princeton University (Cultures in ... Read full review

interesting little volume that addresses some of the deep rooted issues in the Middle East. Very nice presentation of long-ingrained cultural issues via exploration of concepts such as nation and ... Read full review

The title of this book, as the reader will recognize, is borrowed from the language of psychology or, to be more precise, of psychiatry. In using this title I do not mean to suggest that the Middle East is suffering from morbid psychological problems. Still less is it my intention to offer any kind of therapy.

What I want to convey by this title is something of the complexity and variety of the different identities which can be held at one and the same time by groups, even more than by individuals -- the constant change and evolution of identity in the Middle East, of the ways in which the peoples of the region perceive themselves, the groups to which they belong, and the difference between self and other.

Even in the Western world there are multiple identities. Since the foundation of the United Kingdom, every one of its people has had at least three identities: by nationality, as a British subject, later as a U.K. citizen; by what we nowadays call ethnicity, as a member of one or more of the four indigenous components of that nationality, the English, Scots, Welsh, and Irish; and by religion. In modern times, the range of both ethnicity and religion, within the common British nationality, has been greatly widened, and the subgroups are increasingly mixed. They are even more mixed in the United States, where, similarly, every citizen, in addition to his U.S. citizenship, has other identities, defined by race, by ethnic origin or, often, origins, and by his personal or ancestral religion.

Like America, Russia too embraces many ethnic groups, acquired not by immigration but by conquest and annexation. France and Spain both have important regional minorities; some of them, like the Bretons and the Basques, preserve languages that are totally different from the official national language. But these are old-established and indigenous, and show no significant cultural or religious differences from the dominant majorities. Elsewhere in Europe ethnic minorities have hitherto been small, few, and without legal or political status or even claims.

This situation has now changed dramatically, as the immigration of millions of newcomers has created new minorities. These are numerous, widely dispersed, and differ ethnically, linguistically, culturally, religiously, and often even racially from the majority indigenous population. Naturally, they bring with them their own concepts and perceptions of identity, which may differ significantly from those of Europe and the West. Both terms, "Europe" and "West," are of course European and Western, and until the nineteenth century had little or no meaning in other parts of the world, notably in the Middle East. The same is true of the names "Asia" and "Africa."

Europe is a European idea, conceived in Greece, nurtured in Rome, and now, after a long and troubled childhood and adolescence in Christendom, approaching maturity in a secular, supranational community. Asia and Africa are also European ideas, European ways of describing the Other. All human groups have terms, often derogatory, to designate those who are outside the group. Some of these terms have acquired an almost universal significance. Barbarians were originally non-Greeks, gentiles are non-Jews; Asians and Africans are non-Europeans, and their continents mark the boundaries of Europe, as perceived by Europeans, in the east and the south.

During the long struggle between Christendom and Islam, these boundaries changed many times. Barbarians did not, of course, regard themselves as barbarians, nor did gentiles regard themselves as gentiles until both were taught, by the processes of Hellenization and Christianization, to see themselves in this alien light. The Hellenization of the barbarians took place in antiquity; the Christianization of the gentiles in the Middle Ages. The awareness among Asians and Africans of this European-defined identity dates, in the main, from modern times, when they were taught this classification by European rulers, teachers, and preachers. By the present day, the Greek invention of the three continents of the Old World has been universally accepted. The enterprise and ingenuity of mostly European explorers and geographers have added several more.

"Middle East" is self-evidently a Western term, and dates from the beginning of this century. It is a striking testimony to the former power and continuing influence of the West that this parochial term, meaningful only in a Western perspective, has come to be used all over the world. It is even used by the peoples of the region it denotes to describe their own homelands. This is the more remarkable in an age of national, communal, and regional self-assertion, mostly in anti-Western form.


Within every society there are multiple identities, each with variations and with sometimes conflicting subdivisions. These identities may be social and economic -- by status, class, occupation, and profession. Generation and gender provide two major demarcations of identity; so too do such contrasts as civil and military, lay and ecclesiastical, and the like. In the Bible (Genesis 4), the story of the first clash and the first murder is told against a background of socioeconomic rivalry. "Abel was a keeper of sheep, but Cain was a tiller of the ground." Both brought offerings to God, the one "of the fruit of the ground," the other "of the firstlings of his flock." God preferred the second, and Cain, in anger and envy, "rose up against Abel his brother, and slew him." The rivalry between nomadic herdsmen and peasant cultivators is a recurring theme throughout Middle Eastern history, and in many parts of the region the clash of interests between the two remains important at the present day. In Genesis, the peasant kills the nomad; more often in Middle Eastern history it has been the other way around. Later, with the growth of cities, a more sophisticated clash of identities and loyalties arose, between the city and the countryside, and between quarters in the city, often combining ethnic, communal, and occupational identities. In the larger empires, like those of the caliphs, regional identities and loyalties could acquire social and cultural, but rarely political importance.Social and economic conflicts have an obvious importance in the development of identities and loyalties within a society. With few exceptions, they have had little or no effect on the realities or even, until very recently, on the perception of differences between societies. The one great attempt at a supranational identity and solidarity based on the working class foundered on the rocks of Russian nationalism and Soviet state interest.

Gender differences obviously have immense social and cultural influence on the evolution of attitudes and identities in any society; in the male-dominated Middle East they are only now beginning to have political impact.

In the Middle East as elsewhere, historical and literary records show that it was not by social or economic, nor yet by generational and gender differences, that people saw the basic definition of their own identity, the dividing line between self and other. These were -- or have hitherto been -- determined by more traditional criteria.

The primary identities are those acquired at birth. These are of three kinds. The first is by blood, that is to say, in ascending order, the family, the clan, the tribe, developing into the ethnic nation. The second is by place, often but not necessarily coinciding with the first and sometimes indeed in conflict with it. This may mean the village or neighborhood, district or quarter, province or city, developing in modern times into the country. The third, often linked with the first or second, or both, is the religious community, which may be subdivided into sects. For many, religion is the only loyalty that transcends local and immediate bonds.

The second broad category of identity is that of allegiance to a ruler, in the past usually a hereditary monarch. This identity is normally acquired by birth. It may be changed by annexation, by transfer of power, or, for the individual, by migration, and, in modern times, naturalization. It is expressed in the obedience owed by the subject to the sovereign and to his multifarious representatives at the various levels at which a subject lives his life -- the head of the state or of a department, the governor of a province or city, the administrator of a district, the headman of a village.

In most of the world, and for most of the history of the Middle East, these two identities -- the involuntary identity of birth and the compulsory identity of the state -- were the only ones that existed. In modern times, under the influence of the West, a new kind is evolving between the two -- the freely chosen cohesion and loyalty of voluntary associations, combining to form what is nowadays known as the civil society. 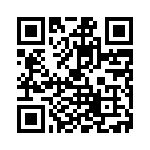