My feelings are bit skewed, I think, since i read the first half of the book a few weeks ago, and just finished the second half. 'In the Waiting Room' is great, no doubt about it, and Crusoe in ... Read full review

Interesting poems, long for Bishop. It's a short collection, but the focus on space/geography is interesting. For anyone who enjoyed the story of Robinson Crusoe, there's a great poem based on him as well. Overall, worth a read. Read full review

An American poet, Elizabeth Bishop was born in Worcester, Massachusetts, in 1911. Following the death of her father and the extended illness of her mother, Bishop was raised by relatives. During World War I she lived in Nova Scotia. She graduated from Vassar in 1934 and later traveled in Europe and Africa. For many years she lived in Brazil. She returned to the United States in 1970. In 1945, North and South, Bishop's first book, was published. Her Complete Poems (1969) won the National Book Award in 1970. With Emanuel Brasil, Bishop coedited An Anthology of Twentieth Century Brazilian Poetry (1972) Her influence on other poets was not obvious during her life, but many have tried to emulate her distinctive talent, and her reputation continues to grow. Bishop died in 1979. 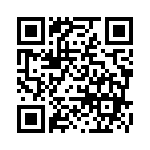