Considering the forward by Yoko and the interview warning of John's raw comments, I was expecting something brutal and nasty. What I found instead was that he was brutally honest about HIMSELF and the insane journey being a Beatle had been. I found after reading the pages on line that he was fair minded and telling it like it is calling Beatlemania like a dream that was now dead. I was part of that dream too. It was like my generation and I were participants in a fairy tale screaming after the Beatles and the whole Beatlemanaia bit. (I'm a 60 year old grandmother now but I was a teenie bopper back in the day.) I was fascinated by his true perceptions of it all saying it was a humiliation to be part of that Beatle fantasy and how he had basically lost a lot of his creativity pumping out cutsie tunes that weren't really from his soul. Basically that it had just become a business - strangling for a true artist with all those creative juices. As someone whoI was part of the fantasy I ordered the book and can't wait to read the rest of his thoughts. A very honest look back. So sad that he is not with us. Loved Yoko's words of remembrance. She was treated unfairly and she was John's choice afterall. RIP dear John Lennon. I still love you.

Jann S. Wenner cofounded Rolling Stone magazine in 1967. Wenner is the publisher of Rolling Stone and owner of Men's Journal. He has conducted and written many of Rolling Stone's most iconic interviews with subjects ranging from Barack Obama to U2's Bono, which was nominated for a National Magazine award. In 2010, he received the Norman Mailer Prize for his lifetime achievement in magazine publishing. He lives in New York City.

Yoko Ono is a peace activist, musician, artist, writer, and filmmaker. She is especially known for her performance art and her involvement with the Fluxus group. She has had retrospectives of her work at both the Whitney Museum and Museum of Modern Art in New York, as well as in Germany and Spain. Ono was married to John Lennon of the Beatles from 1969 until his death in 1980. 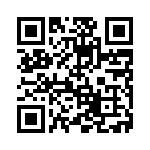