SET IN RURAL TENNESSEE, an American returns from WWII believing in science & technology. Everything he believes in--turns out to be killers. Are we making our future better with technology and how far should we go with it--x-rays, atom bombs, jWell written, poetic, sad Read full review

This was really quite a different read for me. I found it an amazing book. The writing was sort of a beautiful flow of poetic writing. I did find that at times I sort of struggled with reading it. The ... Read full review

Marianne Wiggins is the author of seven books of fiction including Almost Heaven, John Dollar, and Separate Checks. She has won an NEA grant, the Whiting Writers' Award, and the Janet Heidinger Kafka Prize. 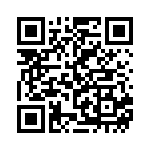