An aphorism is to an essay as a haiku is to a sonnet. It delivers the message in as few words as possible. Edward Abbey (1927-1989) was a master of these one-sentence essays. Even in his longer work ... Read full review

The best sayings of Edward Abbey - and some that weren't so good - collected together in a short, readable book that can serve as a valuable reference for anyone who wants something pithy to answer the next time they're confronted with an anti-environmental heckler. Read full review

Edward Abbey (1927-1989) was born in Home, Pennsylvania. He received graduate and postgraduate degrees from the University of New Mexico, and attended the University of Edinburgh. He worked for a time as a forest ranger and was a committed naturalist and a fierce environmentalist; such was his anger, eloquence, and action on the subject that he has become a heroic, almost mythic figure to a whole host of environmental groups and literally millions of readers.

Abbey's career as a writer spanned four decades and encompassed a variety of genres, from essays to novels to this volume, which was completed two weeks before his death. One of his early successes was the novel The Brave Cowboy, which was made into the movie Lonely Are the Brave. His 1968 collection of essays, Desert Solitaire, became a necessary text for the new environmentalists, like the group 'Earth First,' and his rambunctious 1975 novel The Monkey Wrench Gang, a picaresque tale of environmental guerillas, which launched a national cult movement and sold over half-a-million copies. Other titles include The Journey Home, Fool's Progress, and the posthumously released Hayduke Lives! 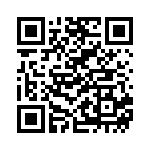