I got my hands on Weird Oregon and used it to plan a motorcycle trip to amazing destinations I had never heard of before. I was an instant fan of these Weird books. Next summer we are planning to do ... Read full review

I bought this book for my daughter who loves visiting old cemeteries and I knew this book listed some. I was very pleased because it had all kinds of very interesting items about Washington I didnt ... Read full review 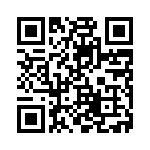