Thea S. Thorsen is Associate Professor of Latin at the Department of Historical Studies: Classics at the Norwegian University of Science and Technology. She is the editor of The Cambridge Companion to Latin Love Elegy (Cambridge, 2013) and Greek and Roman Games in the Computer Age (2012) and co-editor, with Stephen Harrison, of Sappho at Rome: Receptions from Lucretius to Martial (forthcoming). She has published numerous articles on Greek and Roman poetry and prose, in Norwegian and in English, and she became the first person to have published translations of all of Ovid's love elegies into Norwegian verse (2001–9). 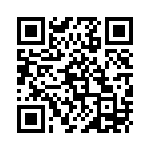