Review: The Foundations of Arithmetic: A Logico-Mathematical Enquiry into the Concept of Number

I have no recollection of having read this book but I have it on good authority that I did. Read full review

Review: The Foundations of Arithmetic: A Logico-Mathematical Enquiry into the Concept of Number

Friedrich Ludwig Gottlob Frege (8 November 1848 - 26 July 1925) was a German mathematician, logician and philosopher. He is considered to be one of the founders of modern logic and made major contributions to the foundations of mathematics. He is generally considered to be the father of analytic philosophy, for his writings on the philosophy of language and mathematics. While he was mainly ignored by the intellectual world when he published his writings, Giuseppe Peano (1858-1932) and Bertrand Russell (1872-1970) introduced his work to later generations of logicians and philosophers. 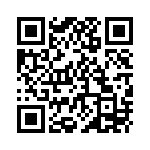