My interest in Hahn's Toxic Flora stems from my own obsession with the intersection of science & poetry. These are pleasing, well-crafted lyric poems. Nothing too adventurous in terms of form or ... Read full review

I love what Hahn does in this collection; she takes science articles from newspapers and journals and writes poems inspired from those that catch her attention. These aren't just a reiteration of some ... Read full review

Kimiko Hahn is the author of ten collections of poems. Her honors include a Guggenheim Fellowship, a PEN/Voelcker Award, and a Theodore Roethke Memorial Poetry Prize. She is a distinguished professor in the MFA Program in Creative Writing & Literary Translation, Queens College, City University of New York, and lives in Queens. 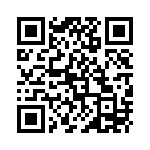