Peter Norton: Computer software entrepreneur and writer Peter Norton established his technical expertise and accessible style from the earliest days of the PC. His Norton Utilities was the first product of its kind, giving early computer owners control over their hardware and protection against myriad problems. His flagship title Peter Norton's Inside the PC has provided the same insight and education to over 1 million computer users worldwide. His recent new titles including Peter Norton's Guide to Upgrading and Repairing PCs have instantly solidified their standing as expert books on each topic. John Goodman: Designer, writer, teacher, and consultant, John Goodman has been explaining computers to lay people since 1977. Former president of one of the country s largest PC users groups, he is the best-selling author of computers books including Memory Management for All of Us. His long-term study of PCs provides a valuable perspective that he shares with his readers. 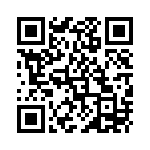