I found it to be interesting, but also a fairly difficult book...partly because it was written for an audience of religious people (e.g., his fellow brothers), but also because it requires a deeper ... Read full review

First published in the mid-1950s, this book of reflections will occasionally require some deciphering since the language is that of the Roman Catholic Church before Vatican II and therefore a bit ... Read full review 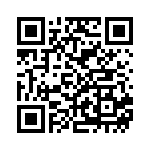