I enjoyed this military history of the battle of Waterloo. This battle is not a part of our history in the States, but the word "Waterloo" in Europe seems to carry as much weight as the word ... Read full review

In the forward, Cornwell (one of my favorite authors of historical fiction) poses the question, "why another book on Waterloo?" It is, after all, one of the most studied and written about battles ... Read full review 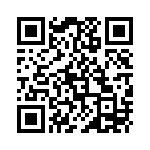