Robert Christgau wrote for and edited at The Village Voice from 1969 to 2006 and currently contributes a weekly record column at Noisey. His books include Is It Still Good to Ya?: Fifty Years of Rock Criticism, 1967–2017, also published by Duke University Press, and Going into the City: Portrait of a Critic as a Young Man. 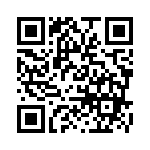