Gothic literature is synonymous with supernatural, grotesque and the sinister triumphant of fantasy over logic. My initial step in this electrifying medieval paraphernalia came through Grimm’s Fairy ... Read full review

Excellent work. Very enlightening on the many elements of Gothic Literature.

Mary Ellen Snodgrass was born on February 29, 1944 in Wlimington, North Carolina. She is an award-winning author of textbooks and general reference works, and a former columnist for the Charlotte Observer. A member of Phi Beta Kappa, she graduated magna cum laude from the University of North Carolina at Greensboro and Appalachian State University, and holds degrees in English, Latin, psychology, and education of gifted children. She teaches English and Latin at Lenoir Rhyne University. In addition to her membership on the North Carolina Library Board, she serves the N.C. Humanities Commission as a traveling lecturer. She has also held jobs as a freelance writer for the Charlotte Observer along with being a columnist, and book reviewer for them. She has also worked on the Canadian Medical Association Journal, American Guidance Service, American Reference Books Annual and Cliffs Notes along with being a professor of Latin and English, Lenoir Rhyne University, 2008-2010. Her works include Michel Faber and Feminism: The Neo-Gothic Novel, Leslie Marmon Silko, The Civil War Era and Reconstruction: An Encyclopedia of Social, Political, Cultural, and Economic History, and World Food. 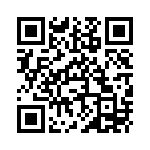