I first listened to this as an audiobook and was so enamoured I purchased the soft cover so I could mark it up and see the diagrams. While this is not the only book which attempt to describe the ... Read full review

A biophysicist examines the relationship between chance and necessity at the boundary between life and inanimate objects.Hoffmann (Physics and Materials Science/Wayne State Univ.) founded his ... Read full review

Peter M. Hoffmann is a Professor of Physics and Materials Science at Wayne State University in Michigan, and the Founder and Director of the university's Biomedical Physics program. Born and raised in Germany, Hoffmann studied Mathematics and Physics at the Technical University of Clausthal, Germany.

In 1992, he came to the U.S., where he studied physics at Southern Illinois University at Carbondale. He completed an M.S. in Physics in the area of nanoscience, and received his Ph.D. from Johns Hopkins. Hoffman is the recipient of numerous awards, including the National Science Foundation Early Career Award, as well as the Richard Barber Faculty and Staff Excellence Award, the College of Science and Presidential Teaching Awards, and the Career Development Chair Award from Wayne State University. 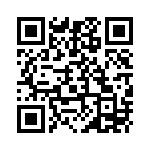