This is quite a novel, not at all what I expected. Set up as a tale told by the author to the reader while sitting by the fire, let's just say it would have lasted all night long! An American couple ... Read full review

Written in 1914, with the title The Good Soldier you'd be forgiven for expecting this classic to be a war novel. However, the nearest we come to notions of war in this novel are those of the domestic ... Read full review

Ford Madox Ford was born on 17 December 1873 in Merton, Devon. He began writing in the 1890s and both his fiction and his criticism are celebrated. His most famous works are The Good Soldier (1915) and Parade's End (1924-8). His other major contribution to literature was the foundation of the English Review in 1908 and the Transatlantic Review in 1924. Ford changed his surname from Hueffer in 1919 after serving in the British army in France during the First World War. After 1927 Ford lived in the United States and France, and he died in Deauville on 26 June 1939. 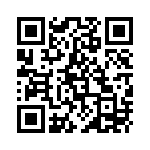