Fun read, if a bit repetitive. Federman is at his best when telling stories about the Russ family and the customers they serve, though there are complaints about various members of both groups (some ... Read full review

Fell in love with the place on a visit -- and before I read the book. Russ and his family's approach to business became even more impressive with reading the book. Book includes classic recipes that you forgot to write down from mom. Read full review

Mark Russ Federman, grandson of founder Joel Russ, took over the running of Russ & Daughters from his parents in 1978 and turned it over to the fourth generation, his daughter, Niki, and nephew Josh, in 2009. He has appeared individually and on panels at the Smithsonian Institution, the Museum of the City of New York, the New York Public Library, and the conference of the Association of Food Journalists, among other venues. Mark and Russ & Daughters were most recently featured on the PBS documentary The Sturgeon Queens; on Lidia Bastianich’s PBS series Lidia Celebrates America; and on Anthony Bourdain’s No Reservations. 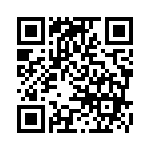