Patricia C. Henderson is a lecturer in the Department of Social Anthropology at the University of Cape Town. 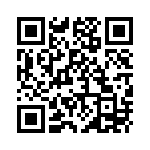