The quality of the photos and description of the fish is excellent. The first few pages tell the reader how the book and fish are organized into groups. There is also a series of diagrams to give the reader a vocabulary to describe a fish themselves. Read full review

Before we found Kuiter’s 7 Tonozuka’s Indonesian Reef Fishes book, this Reef Fish Identification Tropical Pacific by Allen et al was our favourite. It is very comprehensive, and unlike many other ... Read full review

Roger Steene is an Australian living in Cairns on the Great Barrier Reef and has been an active underwater photographer since 1964. A chance meeting with ichthyologist Dr. Gerry Allen led to participation in numerous scientific expeditions in the Indo-Pacific that changed his interests from a casual observer to a willing student and assistant. Steene became a research associate of both the Australian Museum in Sydney and the Western Australian Museum in Perth. He published his first book in 1979 and has authored or co-authored 12 since. Some of his previous titles distributed internationally were: Coral Reefs - Nature's Richest Realm, Coral Seas and Oceanic Wilderness.

Paul Humann is the author of handy aquatic books including Reef Coral Identification: Florida Caribbean Bahamas Including Marine Plants and Coastal Fish Identification: California to Alaska. Complete with full-color photographs, the books fully identify each fish, with details including size, distinctive features, habitat, and reaction to divers. Intelligently cross-referenced, these books enable the user to find specific information in a variety of ways, including by color and shape. Paul Humann spent many years as a successful lawyer in Wichita, Kans. He began photographing marine life in 1964 and was fortunate enough to have several pictures published. He left his practice in 1972 to pursue his dream. He bought a live-aboard diving cruiser and studied aquatic life for several years. He has studied and written extensively about marine life and his work has appeared in numerous publications.

Shortly after graduating from Texas Tech University in 1967, Ned DeLoach moved to Florida to dive. During his 20-year teaching career at the high school level in Jacksonville, Florida, Ned was active in the Florida cave diving community, taking photographs, editing educational material for the National Speleological Society's Cave Diving Section and chronicling the exploits of cave explorer Sheck Exley. During the summers he traveled the Caribbean and Bahamas writing destination pieces for dive magazines.In 1972 Ned founded New World Productions, with the printing of a 48-page booklet Diving and Recreational Guide to Florida Springs soon followed by Diving Guide to the Florida Keys. After several separate editions, the books were combined and expanded in 1979 into Ned DeLoach's Diving Guide to Underwater Florida, which is currently in its 11th edition. During these years he produced several 16mm underwater films, including Hidden Rivers of the Maya in 1988, the first full-length documentary shot in the water-filled caves of Yucatan, Mexico.In 1985, Ned was appointed editor-in-chief of Ocean Realm magazine. He invited Paul Humann, whom he had been introduced to by a mutual friend, to join him as co-editor. After two years they left the magazine business to independently publish marine life field guides. Their first publication, Reef Fish Identification, appeared in 1989. Over the past two decades the prolific authors/photographers have co-authored ten field guides, and co-founded the Reef Environmental Education Foundation (REEF) in the early 1990's. Late in the decade, Ned and his wife Anna lived for an extended period in Bimini, Bahamas where the couple studied and photographed the behavior of reef fishes, which in 2000 resulted in the seminal work Reef Fish Behavior. Over the years Ned and Anna have written a series of columns about marine life for dive related magazines in the United States and Asia. Currently their writing and photography appears in Alert Diver, Scuba Diving and Sport Diver Magazine. 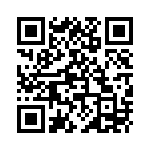