Don't Think of an Elephant: Know Your Values and Frame the Debate--The Essential Guide for Progressives

Lakoff, a cognitive scientist and linguist at Berkeley, believes he knows why conservatives have been so successful in recent years and how progressives like himself can beat them at their own game ... Read full review

Lakoff's analysis of how issues are framed by American politicians is a superb example of how an academic can be ruthlessly pragmatic, while still being scholarly. Lakoff's vivid image of the elephant in the room will linger with you for the rest of your life; as an example of product branding, it is brilliant.
No student of politics dare avoid reading this book.
And no politician - aspirant or practising - should go to sleep at night without dipping into this book, which should be on the table beside his or her bed at all times.
It is a modern equivalent of Machiavelli's famous Prince.

George Lakoff is the country’s leading expert on the framing of political discourse and one of the world’s most renowned linguists and cognitive scientists. He is the author of numerous books on politics–including Don’t Think of an Elephant!, The Political Mind, Moral Politics, Thinking Points, The Little Blue Book (with Elisabeth Wehling), and Whose Freedom?–as well as numerous books on language and the mind.

Lakoff has consulted with the leaders of hundreds of advocacy groups on framing issues, lectured to large audiences across the country, run dozens of workshops for activists, spoken regularly on radio talk shows and TV shows, addressed the policy retreats and the caucuses for both the Senate and the House Democrats, consulted with progressive pollsters and advertising agencies, and been interviewed at length in the public media, and he continues to do extensive research on the framing of public discourse.

Currently Distinguished Professor of Cognitive Science and Linguistics at the University of California at Berkeley, Lakoff is a founder of the fields of cognitive science and cognitive linguistics, has previously taught at Harvard and the University of Michigan, and was a fellow at the Center for Advanced Study in the Behavioral Sciences at Stanford. For more than two decades, he was codirector of the Neural Theory of Language Project at the International Computer Science Institute at Berkeley. He also spent more than a decade as senior fellow at the Rockridge Institute, a nonpartisan think tank, and has served on the international advisory board of Prime Minister Zapatero of Spain, on the science board of the Santa Fe Institute, as president of the International Cognitive Linguistics Association, and on the governing board of the Cognitive Science Society. He has lectured at major universities in dozens of countries around the world. His current technical research is on the theory of how the neural circuitry of the brain gives rise to thought and language.

His blogs appear regularly on his website, www.georgelakoff.com, and at The Huffington Post, Truthout, Alternet, Common Dreams, and Daily Kos.

Howard Dean—physician and former chairman of the Democratic National Committee (DNC)—served six terms as Governor of Vermont before running for the Democratic Party's presidential nomination in the 2004 election. Dean also founded Democracy for America (DFA), the grassroots organization that organizes community activists, trains campaign staff, and endorses progressive candidates. While he was Vermont's governor, the state expanded its universal healthcare program to cover nearly every child under age 18—and also lowered its public debt, balanced its budget, and reduced taxes. 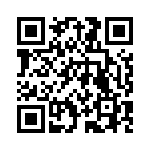