Page 10 - It is the effect of an ambivalence produced within the rules of recognition of dominating discourses as they articulate the signs of cultural difference and reimplicate them within the deferential relations of colonial power - hierarchy, normalization, marginalization and so forth.
Appears in 41 books from 1969-2008
Page 10 - Produced through the strategy of disavowal, the reference of discrimination is always to a process of splitting as the condition of subjection: a discrimination between the mother culture and its bastards, the self and its doubles, where the trace of what is disavowed is not repressed but repeated as something different — a mutation, a hybrid.
Appears in 52 books from 1985-2007

Pete Sigal is an associate professor of history at California State University, Los Angeles. He is the author of "From Moon Goddesses to Virgins: The Colonization of Yucatecan Maya Sexual Desire, 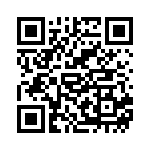