Good introductory text on, well, writing and scripts. I thought it was organized a little oddly, with the first two-thirds or so being almost entirely about the writings/scripts themselves, and then ... Read full review

Robinson's Writing and Script: A Very Short Introduction (OUP, 2009) reads as a not-unproblematic statement of the communis opinio. I will not trouble myself with writing a full review, but even ... Read full review

Andrew Robinson is a Visiting Fellow of Wolfson College, Cambridge and holds degrees from Oxford University and the School of Oriental Studies, London. He is now a full-time writer who has worked in book publishing, television and journalism, most recently as Literary Editor of The Times Higher Education Supplement from 1994-2006. His previous publications include The Story of Writing, The Man Who Deciphered Linear B: The Story of Michael Ventris, and Lost Languages: The Enigma of the World's Undeciphered Scripts. 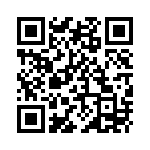