Ruth Chadwick has been co-editor of Bioethics since 2000. She is Distinguished Research Professor, Cardiff University, and Director of the ESRC Centre for Economic and Social Aspects of Genomics (CESAGen): a Lancaster-Cardiff collaboration.

Helga Kuhse is an Honorary Research Associate of the Monash University Centre for Human Bioethics. She was Director of the Centre until June 1999. Kuhse is the author of Caring: Nurses, Women and Ethics, The Sanctity of Life Doctrine in Medicine: A Critique, co-author of Should the Baby Live? with Peter Singer, editor of Willing to Listen - Wanting to Die and has published numerous articles in scholarly journals.

Willem Landman was one of the founding editors and is currently co-editor of Developing World Bioethics. He is CEO of the Ethics Institute of South Africa (EthicSA), Professor Extraordinaire at the University of Stellenbosch, and Ethics Advisor to The Global Fund to Fight AIDS, Tuberculosis and Malaria in Geneva. He studied at the University of Oxford and taught bioethics at the University of North Carolina.

Udo Schüklenk has been co-editor of Bioethics since 2000. He was also one of the founding editors and is currently co-editor of Developing World Bioethics. He is a Professor of Philosophy and Ontario Research Chair in Bioethics and Public Policy in the Philosophy Department of Canada's Queen's University.

Peter Singer is Ira W. DeCamp Professor of Bioethics at Princeton University, and Laureate Professor at the University of Melbourne. His books include Animal Liberation, Practical Ethics, How Are We to Live?, Rethinking Life and Death, One World, and The Ethics of What We Eat. He was the founding president of the International Association of Bioethics. 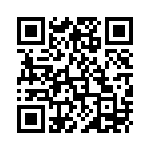