Suzan Hirsch is a lecturer at ACU, specialising in boys education and literacy.

The National Rugby League (NRL) is the top league of professional Rugby league football clubs in Australasia. Run by the Australian Rugby League Commission, the NRL's main competition is known as the Telstra Premiership due to sponsorship from Telstra Corporation and is contested by sixteen teams, fifteen of which are based in Australia with one based in New Zealand. It is regarded as the world's elite rugby league championship and, per season, is the single most viewed and attended rugby football competition in the world. 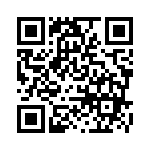