13 pages matching belly in this book

BODYWATCHING: A Field Guide To The Human Species

Morris is a blatant body-watcher, entranced by the human form in all its naked-apeness. He profits from his studies by producing pop works that combine some fact, some crack-fact, and a lot of what ... Read full review

A pictoral examination of the parts of the body. Read full review 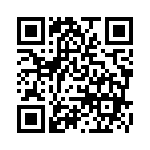