This has been a disappointment. I suppose I was looking for more Buddhist insight, but what one gets seems unfocussed and all over the map. Notes on historical importance of each section would have been helpful, instead of the too brief and diffuse Introduction. Read full review

Page xxii - It is only after the silk wrapper has frayed at top and bottom, and the mother-of-pearl has fallen from the roller that a scroll looks beautiful.
Appears in 16 books from 1969-2007
Page xxv - ... so as to conceal all art and make whatever is done or said appear to be without effort and almost without any thought about it.
Appears in 71 books from 1959-2007
More
Page xxiv - A man should avoid displaying deep familiarity with any subject. Can one imagine a well-bred man talking with the airs of a know-itall, even about a matter with which he is in fact familiar? ... It is impressive when a man is always slow to speak, even on subjects he knows thoroughly, and does not speak at all unless questioned.
Appears in 6 books from 1980-1999
Page xxiv - I have found quite a universal rule which in this matter seems to me valid above all others, and in all human affairs whether in word or deed...
Appears in 11 books from 1959-2005
Less

Donald Keene is Shincho Professor of Japanese Literature and University Professor Emeritus at Columbia University. He is the author of more than thirty books, including So Lovely a Country Will Never Perish: Wartime Diaries of Japanese Writers; Chronicles of My Life: An American in the Heart of Japan; Frog in the Well: Portraits of Japan by Watanabe Kazan, 1793-1841; and Emperor of Japan: Meiji and His World, as well as a definitive multivolume history of Japanese literature. 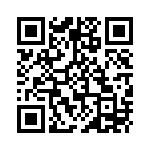