RICOCHET: Confessions of a Gun Lobbyist

One of its former regional political directors charges the National Rifle Association with being "a cynical, mercenary political cult."Feldman, an avowed supporter of the right to bear arms, thought ... Read full review

Ricochet: confessions of a gun lobbyist

Like haggis, Antonioni films, and Hillary Clinton, the National Rifle Association (NRA) is something you either hate or love. Only the AARP can rival it for power, and even the "gun grabbers"-an NRA ... Read full review

Richard Feldman was a regional political director for the National Rifle Association during its rise to power in the 1980s. In the 1990s he was chief lobbyist and spokesman for the firearm industry's national trade association. The founder of MLS Communications, a public relations and political consulting business, Mr. Feldman is also an attorney specializing in public affairs. 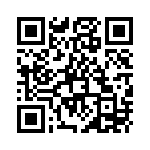