Miguel de Cervantes Saavedra, born in Alcala de Henares, Spain, in 1547, was the son of a surgeon. In 1585, a few months after his marriage to Catalina de Salazar, Cervantes published his first major work as an author, the pastoral novel La Galatea which was poorly received. Cervantes became a tax collector in Granada in 1594, but was imprisoned in 1597 due to money problems with the government. Folklore maintains that while in prison, Cervantes wrote his most famous novel, Don Quixote, which was an immediate success upon publication in 1605. After several years of writing short novels and plays, Cervantes was spurred to write the sequel to Don Quixote in 1615 when an unauthorized sequel appeared to great acclaim. Don Quixote is considered the defining Spanish literary contribution. It is humorous, bawdy, and human, pitting one man's loyalty to tradition and faith against the world's harsh progress. Though Cervantes' sequel was rushed and flawed, Don Quixote remains a powerful symbol that has endured to present times in many forms. Cervantes died on April 22, 1616, at the age of 69. 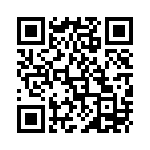