I wasn't sure how much I'd like this one - I tend to find reading books by male authors of the 1800s tedious, but it was really good. I didn't know much about the story beforehand, and I'd forgotten ... Read full review

I need to start by saying that I respect this book for what it represents in the realm of classic literature. I recognize that many great works have used this story or elements from it as the ... Read full review

Alexandre Dumas (1802-1870), one of the most universally read French authors, is best known for his extravagantly adventurous historical novels. As a young man, Dumas emerged as a successful playwright and had considerable involvement in the Parisian theater scene. It was his swashbuckling historical novels that brought worldwide fame to Dumas. Among his most loved works are The Three Musketeers (1844), and The Count of Monte Cristo (1846). He wrote more than 250 books, both Fiction and Non-Fiction, during his lifetime. 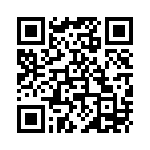