Okay, I may not have the right to review this as I didn't finish it. After reading Crusade in Europe by Eisenhower I became interested in learning more about the "Special Means" employed to misdirect ... Read full review

Fortitude was the codename of the Allied operation to deceive the German High Command into thinking that the 1944 invasion of Western Europe (Operation Overlord) would happen someplace other than ... Read full review

Roger Hesketh wrote this history of the D-Day deception campaign at the end of the war. FORTITUDE remained highly classified throughout his lifetime, and when he died in 1987 many of the names of the double agents who had participated in the operation had still not been disclosed. 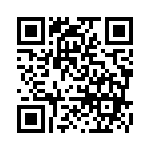