Fritz West, a liturgical scholar ordained in the United Church of Christ, has written numerous articles on liturgical methodology, the three-year lectionary and worship in his Reformed tradition. He has published two books, The Comparative Liturgy of Anton Baumstark and Scripture and Memory: The Ecumenical Hermeneutic of the Three-Year Lectionaries. 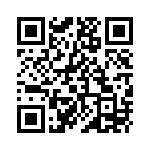