The leading figure in the Renaissance revival of Platonism, Marsilio Ficino profoundly influenced the philosophical thought of his own and following centuries. Born near Florence, Italy, the son of a physician, Ficino received his early training in philosophy, medicine, and theology and devoted himself to the study of Greek. His learning attracted the attention of one of his father's eminent patients, Cosimo de' Medici, of the powerful Florentine banking family, and in 1462 Cosimo established him at a villa and supplied him with Greek manuscripts for translation. Here Ficino set up his famous Florentine Academy, devoted to the study and celebration of Plato's teachings. He continued to receive the active support of the Medici until their expulsion from Florence in 1494. Ficino's labors as a translator provided his Greekless contemporaries with access to the greatest works of the ancient Platonic tradition. His Latin version of the dialogues of Plato, published in 1484, made the entirety of Plato available for the first time in translation. Ficino also prepared translations of other important sources, such as the Neoplatonist Plotinus, Proclus, Iamblichus, Pseudo-Dionysius the Areopagite, and the Greek works attributed to Hermes Trismegistus, a fabled Egyptian priest supposedly contemporary with Moses. To Ficino, the Platonic tradition represented an ongoing heritage of divinely inspired ancient wisdom reconcilable with Christian revelation. His reading of Plato in the light of late Neoplatonists, such as Plotinus and Proclus, survived long after the Renaissance and remained the prevalent interpretation of Plato's thought until comparatively recent times. His chief philosophical work, Platonic Theology (1482), represents an attempt to demonstrate the immortality of the human soul on Platonic grounds in a way that was consistent with Christian doctrine. It represents reality as a hierarchy, from God down to material bodies, with rational soul, the level proper to humans, as a mean that participates in the characteristics of both higher and lower beings. This scheme derived with important modifications from Plotinus was to influence many later Platonists including Ficino's younger friend and colleague Giovanni Pico della Mirandola. Ficino's devotion to Platonism must thus be seen within the context of his Christianity. He was ordained a priest in 1437 and later served as a canon of the Florentine cathedral. His intellectual synthesis of Platonism and Christianity, however, so powerfully appealing to the Medici circle, was a far cry from the reformist zeal of Savonarola, whose rise to power in 1494 saw Ficino enter into a quiet retirement until his death.

James Hankins is Professor of History at Harvard University and founder and General Editor of the I Tatti Renaissance Library. He is the editor of The Cambridge Companion to Renaissance Philosophy and Renaissance Civic Humanism and is widely regarded as one of the world's leading authorities on humanist political thought.

Michael J. B. Allen is Distinguished Professor of English at the University of California, Los Angeles. 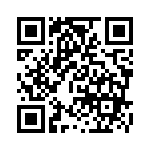