I read this a long time ago. A found it to be very depressing BUT interesting history on how we ever got involved in that Cluster F**k (my opinion) to begin with and the machinations that kept us involved. Read full review

This is a supremely important book about the Vietnam war and the US. It is, however, huge, a little too huge. There are tangents in here that simply leave one wondering, did no one think to clean this ... Read full review

Neil Sheehan was a Vietnam War correspondent for United Press International and the New York Times and won a number of awards for his reporting. In 1971 he obtained the Pentagon Papers, which brought the Times the Pulitzer Prize gold medal for meritorious public service. A Bright Shining Lie won the National Book Award and the Pulitzer Prize for Non-Fiction. 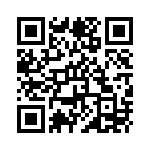