Giuseppe Finaldi is a lecturer in History at the University of Western Australia. He has worked extensively on Italian social and cultural history in the 19th and 20th centuries. 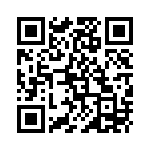